I had not read any Tamora Pierce before Tempests and Slaughter and in fact had no idea she was such a prolific writer of YA fantasy until I saw the list of her other works, and blurbs from other authors, inside the book, so I really had no idea what to expect from this book. 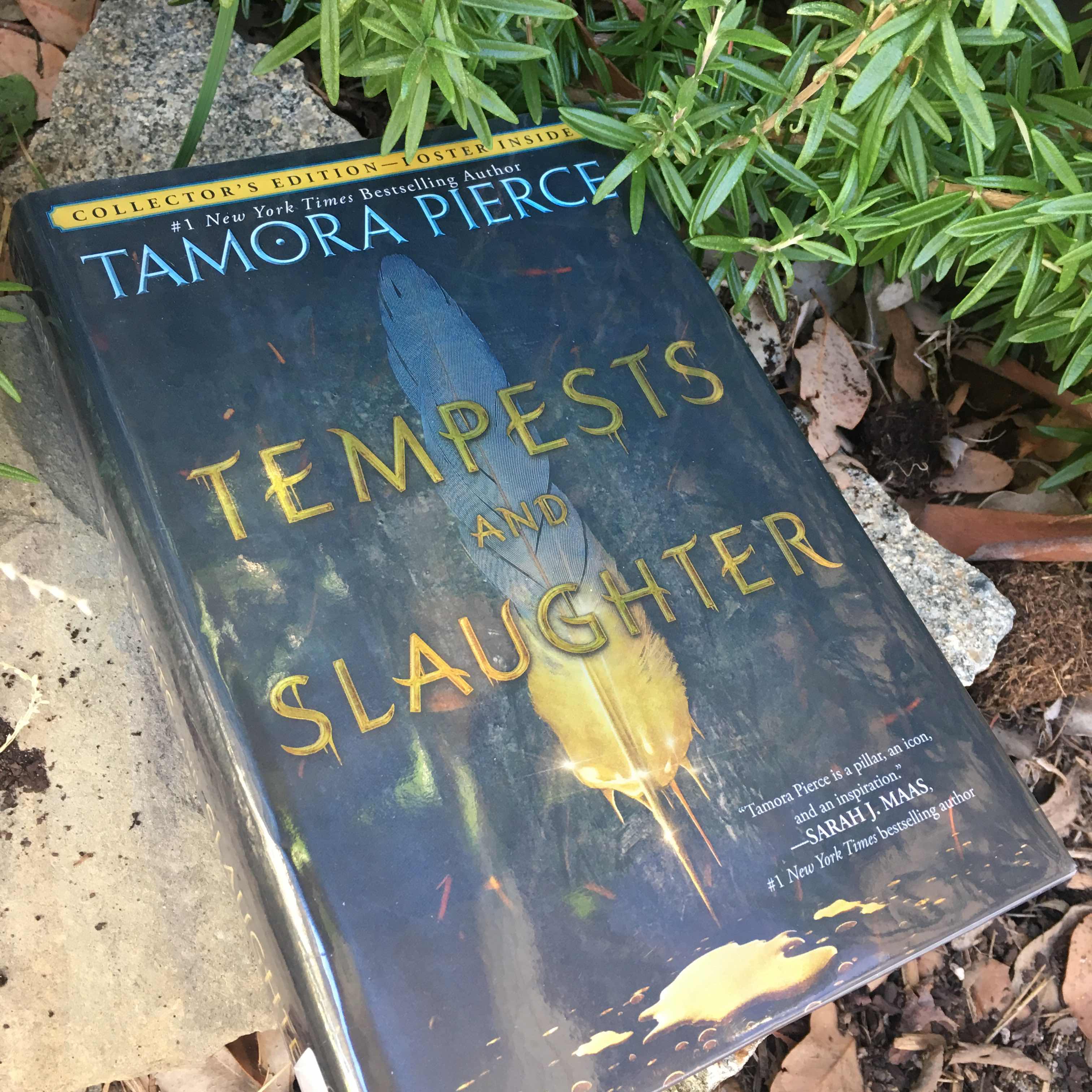 While this was an enjoyable read, I felt like Tempests and Slaughter didn’t have a strong plot to pull me along through the (pretty long) novel – rather it read a bit like an Enid Blyton book, where our protagonists have a series of adventures throughout which we can see them grow and learn, but there is no one big climax to the story. This also gave the book the feel of an ‘origin story’ – I felt like the style would make more sense, and maybe would have delivered more to me if I knew (and cared about) the protagonists already. If I had been a Tamora Pierce fan before reading this one the title of this new series would have given away that it is actually going to be a back story for some characters from another of her series – The Numair Chronicles of course referring to the mage Numair Salmalin from The Immortals series. The stories in Tempests and Slaughter do set up nicely for the rest of the series, though – there are a lot of threads that I’m looking forward to seeing what Pierce does with.

Despite missing this bit of context, I did think this was a good read, and I can see why Pierce’s writing is so popular. The world was well built, and the characters and magics really fun. The writing itself is super readable, with almost a traditional folktale feel. I also admired the representation in her writing – the diversity of characters (in terms of race, beliefs and sexuality) felt natural rather than token (for instance, one of Arram’s male masters mentions his husband in exactly the way others mention wives – the diversity is there but not made a big deal of or used as a plot point.). I also appreciated that there was some discussion of the character experiencing some confusion/awkwardness about puberty – despite so many YA fantasy books centering around teens this is something that isn’t often depicted.

Overall I thought this read towards the younger end of YA – it could almost cross-over to middle grade, although there was some pretty graphic gore.

I gave Tempests and Slaughter three stars and would recommend it to fans of Tamora Pierce, especially her series The Immortals. For fans of YA fantasy who haven’t read her work yet, I’d recommend thinking about reading that series first.

***Tempests and Slaughter***
On Goodreads
Genre: Fantasy (YA)
Triggers: Violence
Source: Free ebook provided by Hachette through NetGalley, although I ended up reading a hard copy I borrowed from the library.
Read Harder: 16. The first book in a new-to-you YA or middle grade series
Find the author here