April and May have been super busy here! Not only did we have Easter, my birthday, and Mother’s Day, but I have been lucky enough to a whole bunch of fantastic book events as well. I’m planning to catch up on recording them here over the next few weeks =)

First up, on 28 April, I headed to Melbourne for Speculate – the very first Victorian Speculative Writers Festival – with my friend Madeleine. We had a great time together at the Canberra Spec Fic Guild’s festival – Conflux – last year, and when we saw both Jay Kristoff and Amie Kaufman would be at Speculate we couldn’t resist and booked our tickets right away!

As seems to be standard for these events – especially when we head out of state – our day was sponsored by coffee and pastry (how else could I survive the 4:30am wake-up? haha).  We opted just for a day trip, which meant that we missed one session to make sure we could get to the plane on time, but our day was still totally packed with bookish fun. 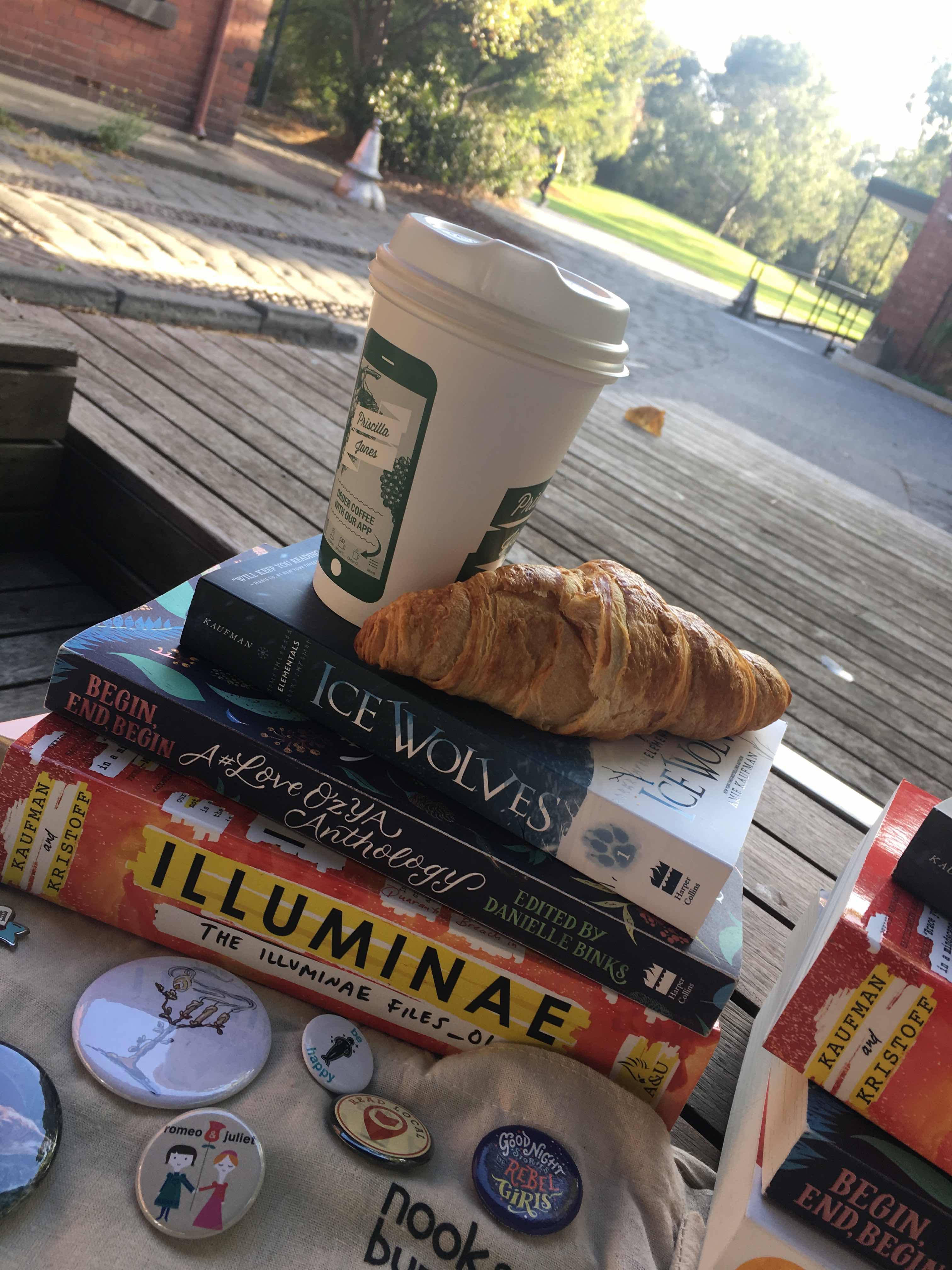 There was a fantastic line up of speakers (you can see them all on the Speculate website here) who sat on panels on a variety of topics during the day, including the history and future of fantasy, the language of imagination, and the past present and future of sci-fi.

Each of the panels was brilliant, but I think my favourite was the language of imagination, where panelist spoke about how words are used to get what’s in a writer’s head into their reader’s mind. I am just fascinated with language (as well as being a science nerd I also majored in linguistics at university) and it was interesting to think about how the things an author chooses to tell us about a character shapes our view of them (for instance, an author might describe what someone is doing or how they are doing it or what they are wearing etc). Beyond those sorts of interesting tidbits about language choice, it was also super interesting to think about the power of language in terms of diversity and equality. For instance, in general people are more likely to describe the a woman’s body, but a man’s clothes. And of course the issue that our books and films have been (and still are) so predominantly white for so long, that readers tend to assume characters are white, and how this isn’t appropriately solved just by stating when characters aren’t white (since this strengthens the white unless identified as ‘other’ dichotomy). I’m pretty sure I haven’t done the discussion justice at all, but it was just so so interesting and IMPORTANT! 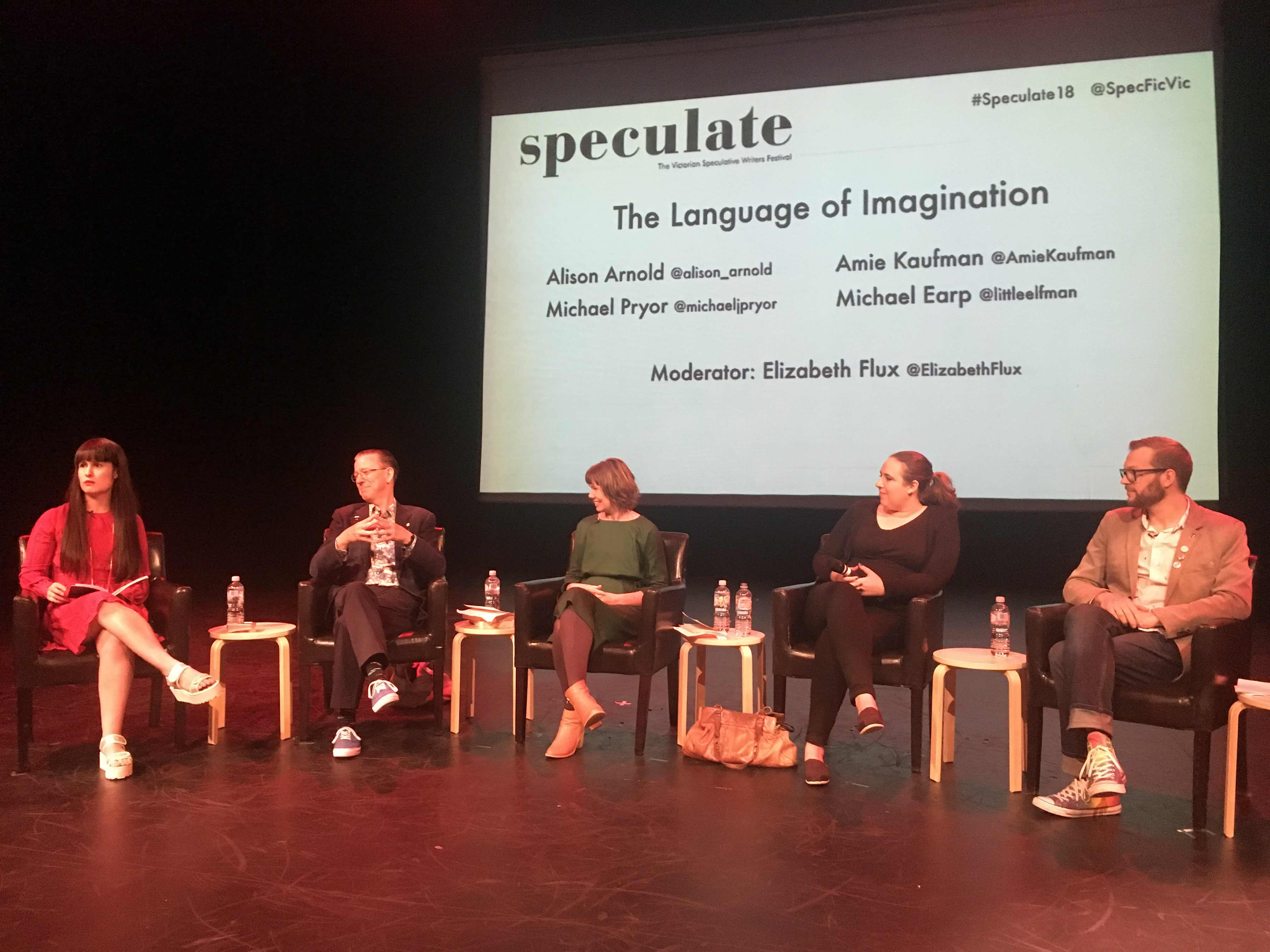 We had a delicious bbq lunch in the sunshine, and then it was back in to the funniest session of the day, which was an exploration of character development through a live ‘Dungeons and Dragons’ style game – complete with sound effects from a live band! SO MUCH FUN. This was my first experience with D&D, and it was brilliant. I loved seeing not only how the panelists developed their characters according to their experiences, but also how they played off of each other – especially Amie and Jay, who of course have a lot of experience developing characters and narratives together. 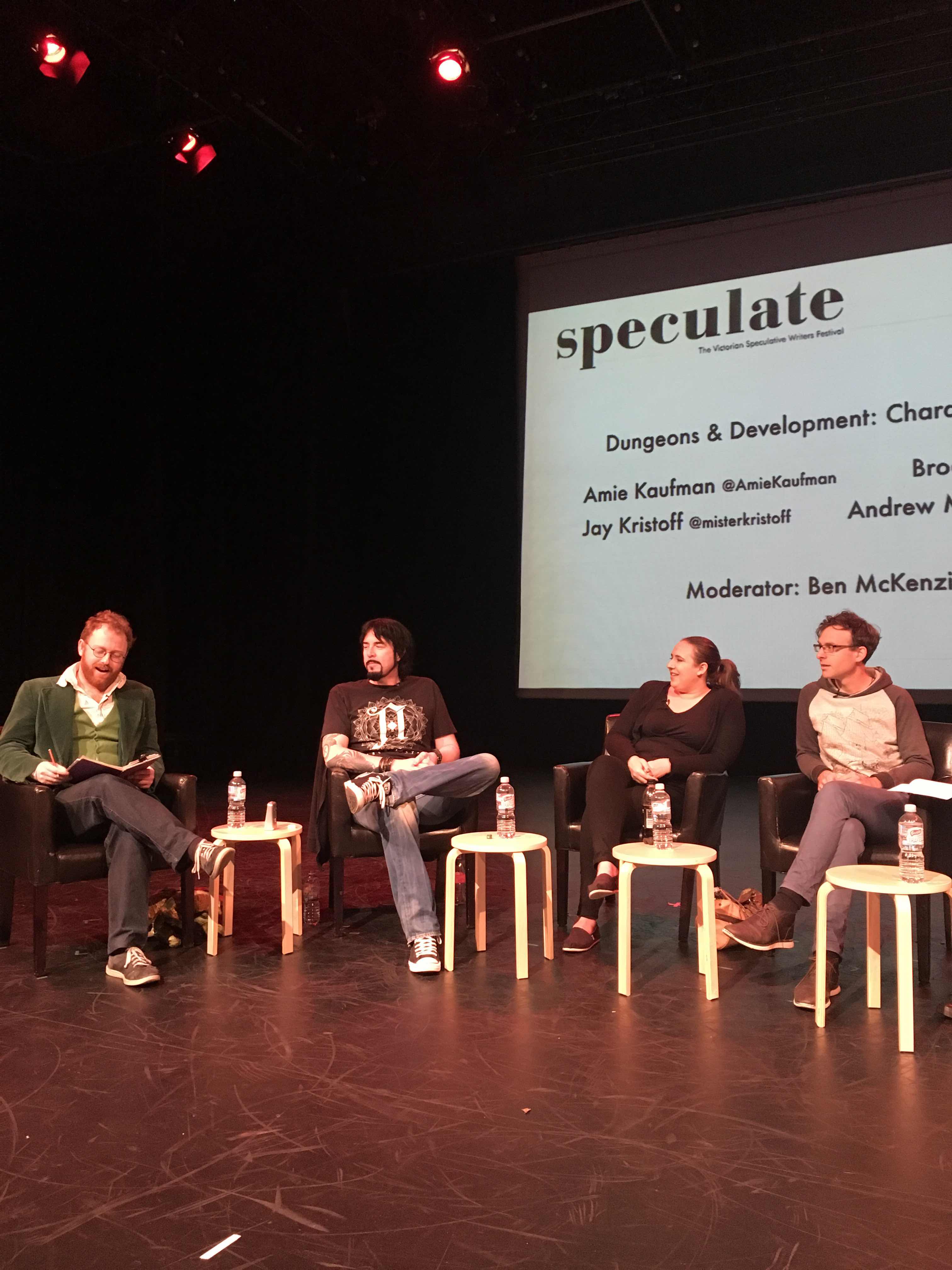 Speaking of Amie and Jay, we were both SO THRILLED to meet them , and especially to see them together! They were both super sweet and lovely, and took loads of time chatting with people and signing books. 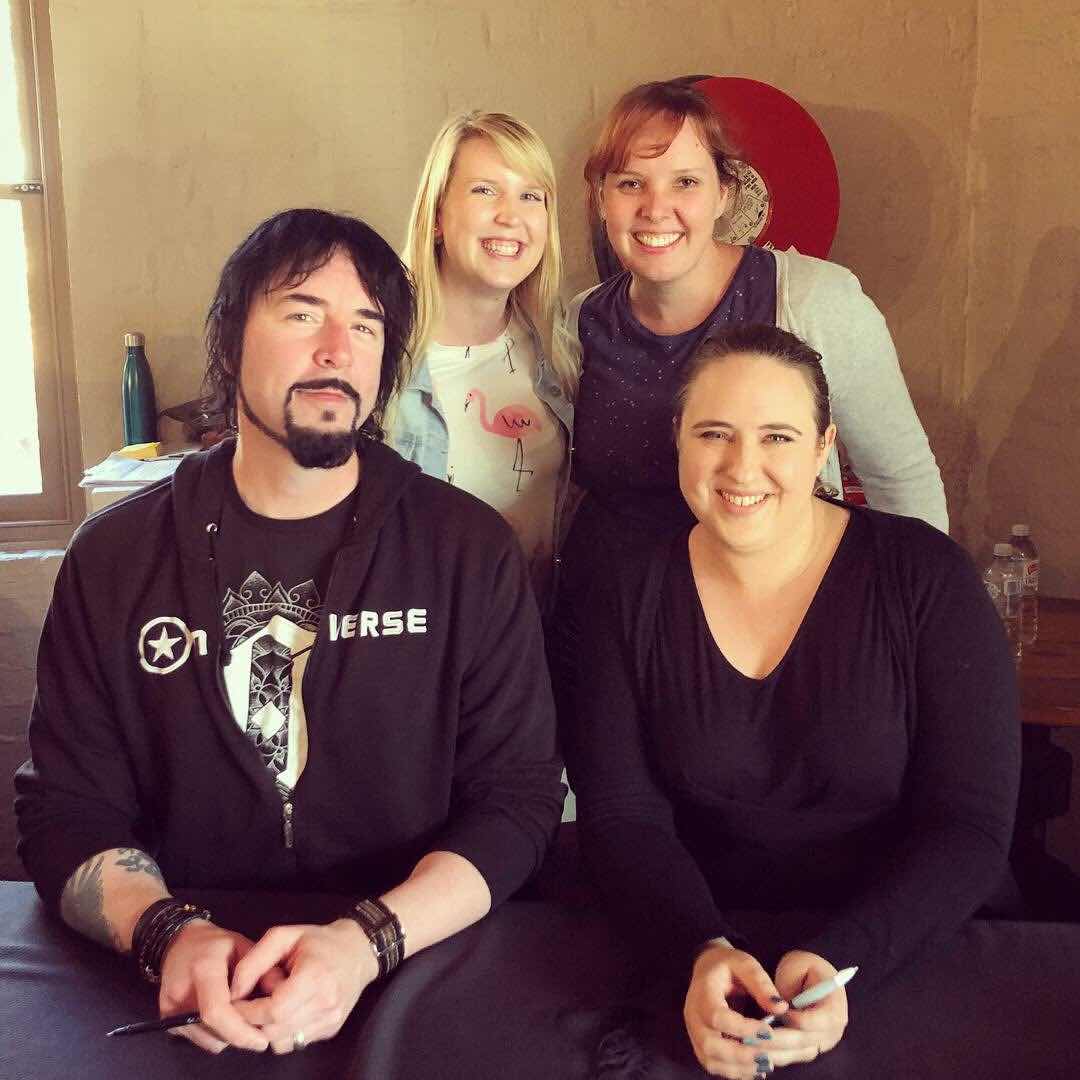 So much fun! I’m sure I could never get sick of listening to writers talking about their process and issues, and the Speculate team did such a fantastic job of pulling the event together! The festival was a great size, in terms of panels and attendees, and the venue (Gasworks Arts Park in Port Melbourne) was pretty perfect. All of the panelists seemed to be really generous with their time, and the whole day had a really nice feeling. The only regret I had was not mingling  a bit more with other attendees, and I’ll definitely be keeping my eye out for it again next year!