Ok, nobody panic – I havn’t taken up reading the classics (though, honestly, I would love to read more classics, but I just seem to never get to them!). Rather, I’ve been thinking about the way we sometimes go into a book with particular expectations, and the impact this can have on our reading experiences.

The thing that got me thinking about this was Whistle in the Dark, by Emma Healey, which we read for book club at my local Harry Hartog this month and met to discuss last night. At the start of our discussion almost everyone said this had been a bit of a disappointing read, and as we talked about what it was we didn’t like it became evident that most of us had read this thinking it was a psychological thriller. I’m not going get too spoilery here , (and stop after the blurb if you don’t want to know any more about it at all), but I definitely think this is better described as a domestic drama. The writing is lovely and easy to read, and I think it paints a pretty good picture of how a family might deal with the stress of a dramatic event (the book opens with the teenage daughter having just been found after she was missing for several days) on top of the usual (sometimes tricky) family dynamics.

Here’s what the blurb on the back cover tells us:

Jen is at her wit’s end. Her fifteen-year-old daughter has just been found after going missing: four days lost and alone in the desolate countryside. Lana won’t talk about it. The police think the case is closed. But Jen can’t leave it alone. Lana is acting strangely: she stops going to school, she sleeps with the light on. With her daughter increasingly becoming a stranger, Jen is sure the answer lies in those four missing days.
But will Lana ever reveal what happened? 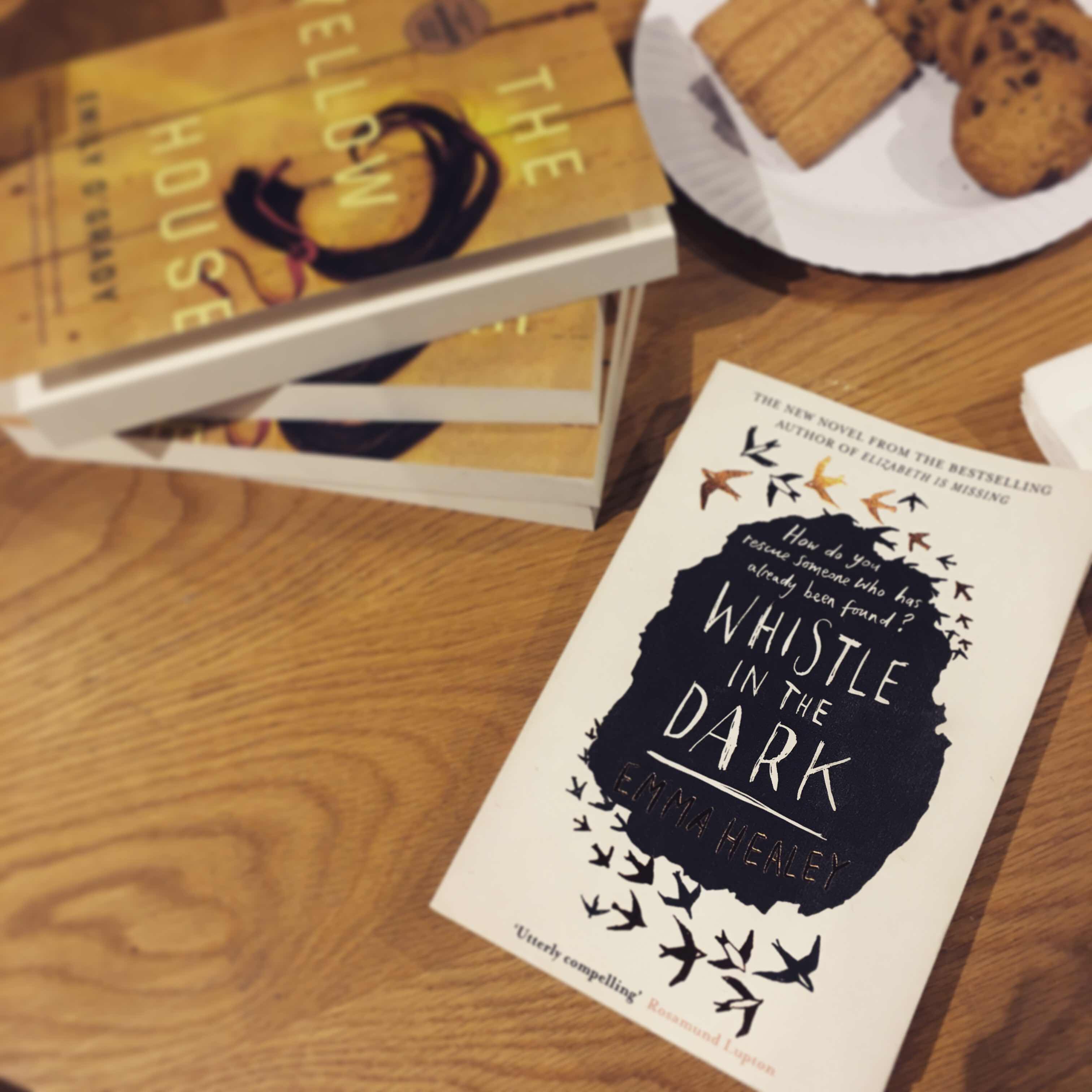 When I read Whistle on the Dark I definitely spent quite a bit of time, in the back of my mind, thinking about what the ‘big twist’ was going to be, and when it was going to come alone. I had kind of expected to be reading this on the edge of my seat, holding my breath while I worried about whether everyone was going to be okay, and I was definitely waiting for something sinister to come along at any minute. It was like my brain was confused that the story unfolding before me wasn’t fitting into the shape I wanted from a thriller. It was interesting to hear at book club that a lot of people felt similar things – that they were waiting for something big to happen, and for all the clues (red herrings) planted along the way to come together – and that overall people seemed to feel more positively about the book after we discussed it.

Personally, I definitely felt like the ‘disappointing’ bits of my experience when reading this came from the expectations I had for it to be twisty/thriller-y. Interestingly (I think), I can’t actually figure out why I thought it was a thriller in the first place. As you can see from above, it is clear in the blurb that the daughter is home, and there is nothing on the cover that says says anything like “perfect for fans of Gone Girl” (you know, the sort of marketing blurb we’re seeing lately). The word ‘dark’ in the title sounds a bit sinister (although I learned at book club that ‘to whistle in the dark’ is an expression) and there are birds on the cover (I’m on team ‘birds are creepy’ all the way), but I really couldn’t say what made me so sure I was picking up a thriller when I started.

I think I probably would have enjoyed reading this more if I hadn’t had any expectations (or, perhaps if I hadn’t had the wrong expectation!) We talked a little bit last night about the sorts of ways you can find your preconceptions changing the reading experience you have with a book – for instance if a book has been really hyped it can feel like a bit of a let down if you don’t love it as much as everyone else, or – particularly in kids/YA – when something you’re reading ends up being written for perhaps a younger audience than you had thought (or than it is being marketed for). In general I’m pretty good at avoiding developing a view on how something will be before i read it – I tend to let those really buzzy books cool down a bit before I get into them, and doing so much reading on my kindle has sort of got me out the habit of looking at back covers – but it is something that I think is so interesting that I’ll probably be more conscious of it in the future.

Something else I thought was super interesting from our book club meeting, that I might talk about a bit more another time, is the fact that the discussion of the book seemed to enhance most people’s experience with the book – overall we seemed to walk away with a more positive feeling about it than when we each had read it (yay book club and bookish chats!). This was certainly the case for me – I had rated this one 2.5/5 stars (which means it was ok – I didn’t regret reading it or the time I spent on it, but I’m not sure i’d pick it up again) to 3/5 stars. Based on my experience with this one I would pick up Emma Healey’s first book, and I’d be really interested to know more about what she would like readers to have taken away from this. There was some pretty excellent social commentary on here, especially in terms of social media, and – like I said above – the writing was fun and easy to get through. The way the narrative was split into little almost vignette-y chapters was  clever – it felt a bit frantic and I thought she did a remarkable job of putting me in Jen’s mind.

Next month we’re reading Emily O’Grady’s The Yellow House – about which I know NOTHING, except that it is the winner of the 2018 Australia/Vogel’s Literary award, and I’m hoping to read in the next week or so.

I’d love to know if you’ve read Whistle in the Dark and what you thought of it! Or if there’s been a time where you’ve kind of ruined a book for yourself because of your expectations!