Another case of me having a book on my TBR FOREVER, and finally reading it so I can see the movie/tv adaptation – a friend gave me Simon vs the Homo Sapiens Agenda (which has been retitled Love, Simon, to match the movie) I  think for my birthday in April last year (it could have been longer ago!). There has been so much buzz about the movie that I definitely wanted to see it, and when a friend had tickets to an advance screening on Sunday I jumped at the chance – and so I spent Saturday binge-reading the book =)

I think this book deserves every single bit of gushy praise I have seen it given everywhere. The writing is so readable and the story is super sweet. I thought the characters were very realistic (as opposed to the caricatures/super quirky characters we sometimes see in contemporary fiction – which can also be great, just different to this). I loved every single page of this. 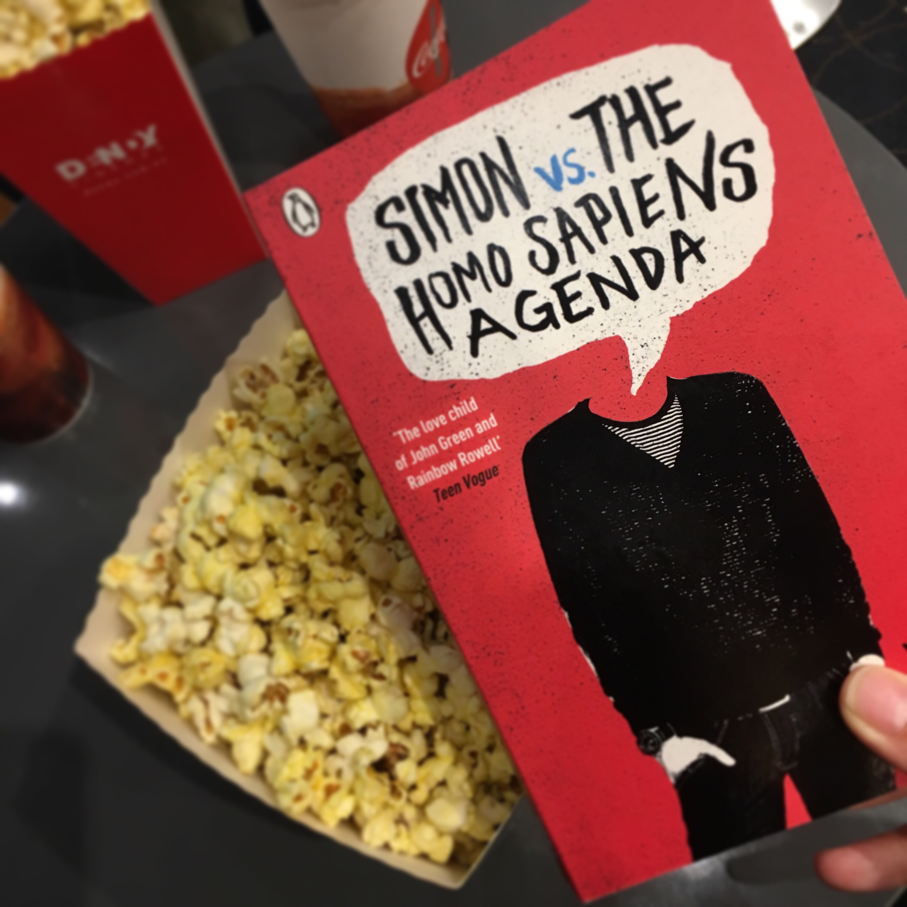 The movie was super well done – I mean, I had literally JUST read the book (the previous day!) and it totally captured what I loved about the book. It was really cleverly done, in that even though I knew how the book ended I had no idea whether the movie was going to end the same way – and without getting spoiler-y, let’s just say it isn’t exactly the same! The casting was SO PERFECT – Simon was kind of Ferris Bueller charming, Martin was even more Martin-y than I had imagined him when I was reading and Jennifer Garner & Josh Duhamel were probably my favourite parents of teens in anything I have seen (ok except the dad in 10 Things I Hate About You – but that was for totally different reasons haha).

My favourite character in both the book and the movie was Leah, and I am so busting to get my hands on her book – Leah on the Offbeat – which I believe is coming out in April. I am actually keen to read everything Becky Albertalli writes – including The Upside of Unrequited (which came out last year and I bought this week) and she has a book coming out that she has co-authored with Adam Silvaris.

I gave this a big shiny 4.5 stars, and recommend getting out to see the movie too!