It’s awards list season here! A couple of weeks ago the Stella Prize longlist was announced (I wrote a bit about it here) and the shortlist comes out on International Women’s Day (March 8), along with the longlist for the Women’s Prize for Fiction, and the Aurealis Awards shortlist was released a few weeks ago too.
We’ve also had announcements of longlists for awards in the YA and kids’ books space this week too – with the Children’s Book Council of Australia Book of the Year Notables, and the Inky Awards longlists, AND the Readings Children’s Book Prize shortlist.

It’s so exciting to see so much wonderful literature recognised (and of course there are SO MANY other fantastic books that don’t make the list), but my TBR list has totally EXPLODED with the excitement – I literally want to read everything on every list. 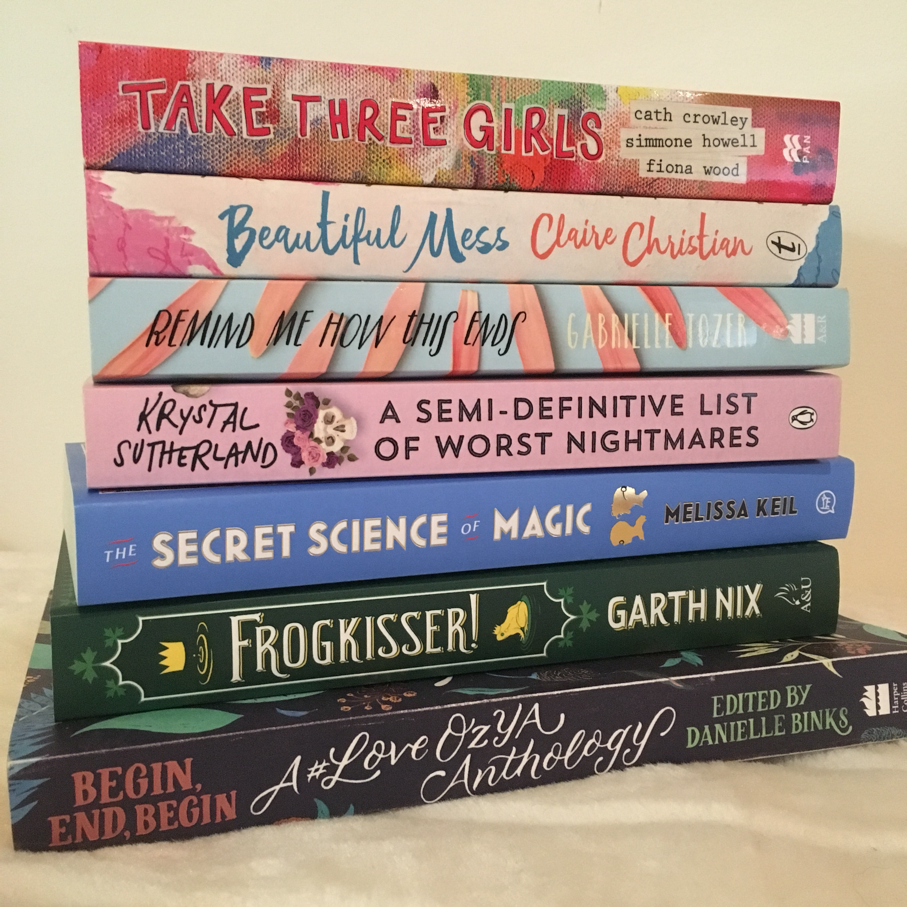 Today’s stack is a couple of #loveozya books I own that have found themselves on the award lists this week – a couple I have read, and some that are on my exploding TBR =)

Does anyone else suffer from awards list FOMO? How do you manage it?

Are you ready for it?
We love a non-fiction/reference picture book here, and Phillip Buntings Me, Microbes& I was just the thing this week 💜
#AdPRProduct #GiftedBook
If you're in Australia and have a middlegrade reader in your life chances are you've come across Anh Do's WOLF GIRL series. So many of my daughter's classmates have loved their either for reading aloud with their parents or as some of their first independent reads as new readers.
This past week we've moved out of the Christmas season, and into my next favourite - AFLW season!
Now that the excitement of Christmas is almost over (tomorrow - or the next day, depending who you ask - is the 12th day of Christmas and our tree will be coming down) we are settling into school holidays and looking for things to keep the kid busy that aren’t all screen related. Naturally I’m shoving books at her left right and center, and I thought id share a couple of her faves in case anyone else is looking for bookish inspiration for their school aged kids too ☺️📚