I always think it is a bit tricky to talk in isolation a book that is part of a series but not the first book – to much missing context, not to mention risk of spoilers for earlier books! So today, instead of just talking about The Girl in the Tower – book two in the Winternight Trilogy – I’m going to talk a bit more generally about the series and include book one – The Bear and the Nightingale – too. 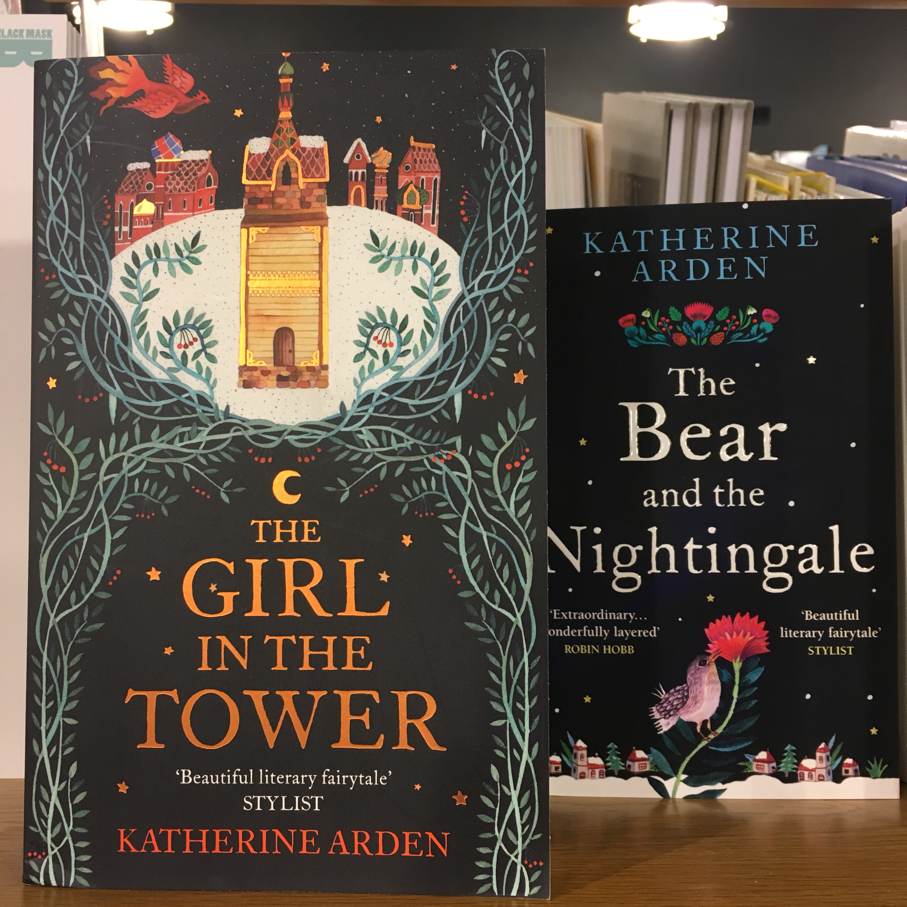 At the edge of the Russian wilderness, winter lasts most of the year and the snowdrifts grow taller than houses. But Vasilisa doesn’t mind–she spends the winter nights huddled around the embers of a fire with her beloved siblings, listening to her nurse’s fairy tales. Above all, she loves the chilling story of Frost, the blue-eyed winter demon, who appears in the frigid night to claim unwary souls. Wise Russians fear him, her nurse says, and honor the spirits of house and yard and forest that protect their homes from evil.

After Vasilisa’s mother dies, her father goes to Moscow and brings home a new wife. Fiercely devout, city-bred, Vasilisa’s new stepmother forbids her family from honoring the household spirits. The family acquiesces, but Vasilisa is frightened, sensing that more hinges upon their rituals than anyone knows.

And indeed, crops begin to fail, evil creatures of the forest creep nearer, and misfortune stalks the village. All the while, Vasilisa’s stepmother grows ever harsher in her determination to groom her rebellious stepdaughter for either marriage or confinement in a convent.

As danger circles, Vasilisa must defy even the people she loves and call on dangerous gifts she has long concealed–this, in order to protect her family from a threat that seems to have stepped from her nurse’s most frightening tales.

This series feels to me kind of like Tolstoy’s works had a baby with Tolkien’s – there is a fantastic feeling of an epic fantasy-ish adventure set on the backdrop of a Russia that is written in a way that  makes it feel like historical fiction.

In terms of reading challenges, this book met the criteria for one task on the Read Harder Challenge –
5. A book set in or about one of the five BRICS countries (Brazil, Russia, India, China, or South Africa) – this being set in Russia.

Oh, and one more thing – I found it took me a little while to remember all the names and who was who when picked up the second book, so I’d recommend reading them together (although it all did come back to me pretty quickly). Quite a lot of Russian words pop up in the text, but there is a glossary, so make sure you check that out!