I had heard a little bit about In the Dark Spaces after Cally Black won the Ampersand Prize, and I was pleased when the Read Harder Challenge gave me an excuse to bump it up my tbr, with task 17 – A sci fi novel with a female protagonist by a female author. 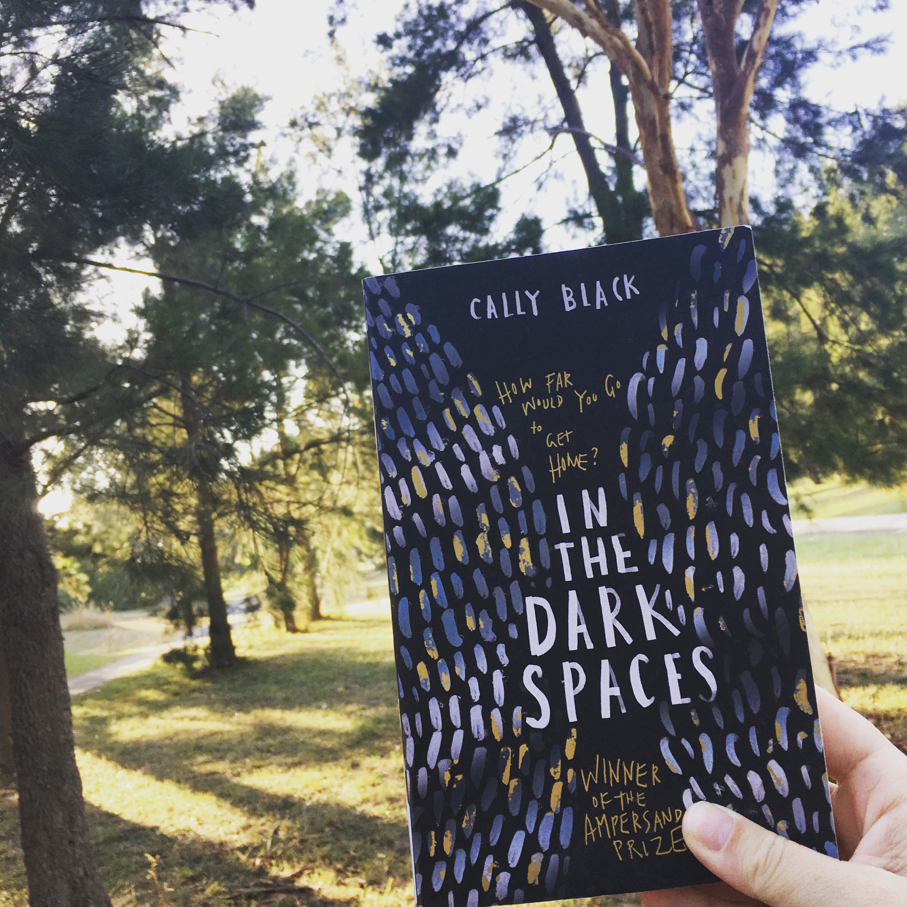 ‘Dark’ is right there i the title of this novel, and gosh was it dark! The book opens with the protagonist, Tamara, being kidnapped by ‘Crowpeople’ and finding herself in an unfamiliar place, surrounded by apparently violent people whose language she can’t understand. I felt like every bit of Tamara’s anxiety and discomfort in this situation came right off the page – this is one of those books where I had that uncomfortable feeling all the way through (in a very, very good way!).

Besides being a cracking sci-fi story, I loved the way this story got me thinking about belonging, and otherness, and how much trying to understand each other can mean – even when we don’t/can’t agree. Also, about having to choose between our home, and a place where we feel at home. So many feelings!

In terms of read-alikes, while this wasn’t actually like Sleeping Giants (and Waking Gods) there was something similar about the vibe of the books that felt similar to me (I think it was that feeling of dread as you read!) .

I’ve mentioned above that this met a Read Harder Challenge task, and it was also my pick for the Australian YA bloggers prompt for January – Among the Stars.