It’s no secret I love a nice big cup of tea when I’m settling in for a serious reading session. I also love spicy teas, so Christmas is my peak tea time each year – that cinnamon and clove and star anise and all those other Christmassy flavours. This year I’ve tried a bunch and I though I’d share my top 3 here =) 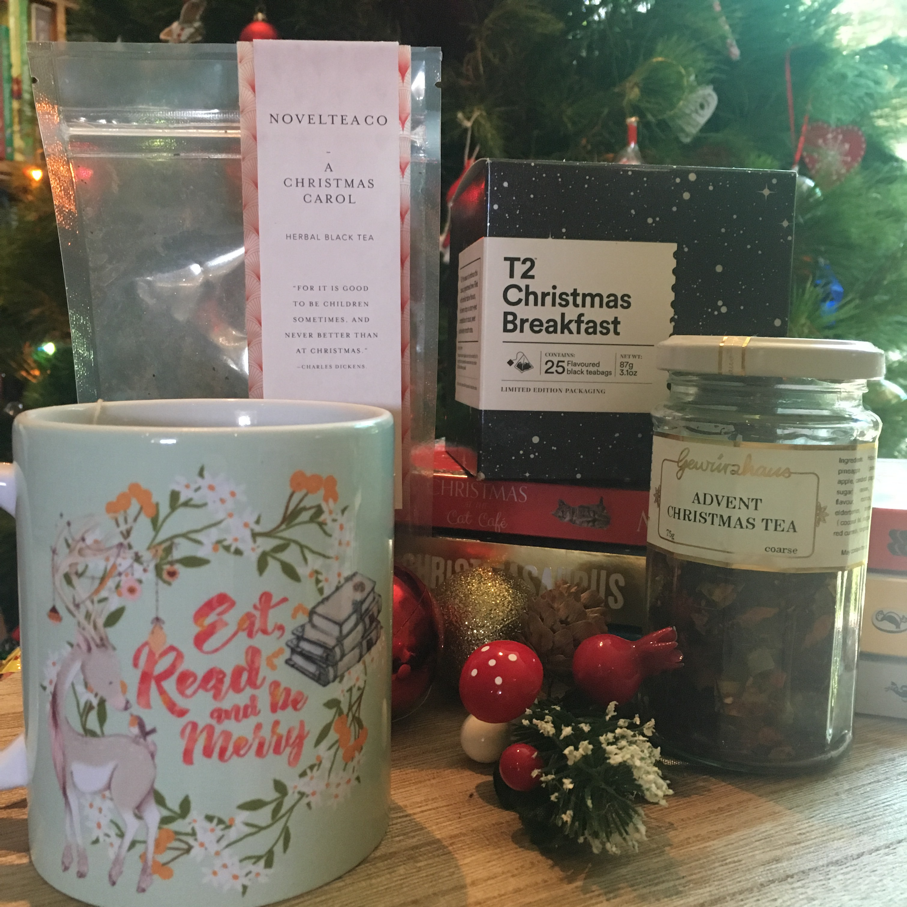 T2 Christmas Breakfast tea
This one has black tea, ginger, cinnamon, natural and artificial flavouring, vanilla, nutmeg. The ginger comes through pretty well, and I find the tea on the weakish side. This took a few cups to grow on me, but I do really enjoy it now – it’s also my go-to at the moment on account of being easy since it’s in teabags.
Gewürzhaus Advent Christmas Tea
Gewürzhaus has just opened in Canberra, and when I visited on their first day they were serving tasters of their Advent Christmas tea. This has some ingredients that seem a bit unusual – hibiscus blossoms, candied pineapple, apple, candied papaya, raisins, carrot bits, rooibos, cinnamon sticks, elderberries, beetroot, coconut, strawberry, red currants, and raspberries – but it works perfectly. The beetroot gives it a gorgeous red colour and the fruit makes it just sweet enough. It kind of tastes like proper German gluwein, but without the wine, and is good hot or chilled (and the Gewürzhaus website even suggests trying it in sparkling wine). I also love that this one isn’t a black tea base, which makes it a bit different from most.
The Novel Tea Co. A Christmas Carol Tea
The Novel Tea Co. released a Christmas range of gorgeous festive bits, including two teas, a special Christmas tea infuser, and some pretty bookmarks. I chose the Christmas Carol tea, and it is delicious. I think this is my favourite christmas tea ever (with a black tea base, because I can’t chose between this and the advent tea!). It’s blended from cranberry, sultana, orange peel, cinnamon, black tea, brandy essence, and sparkles (yes, sparkles! Delicious and pretty!). Again the fruit adds just the right amount of sweetness to the tea, and with the brandy essence as well this one tastes just like Christmas pudding. So good!
The Novel Tea Co. also carry a whole bunch of other bookish themed teas, which would make great gifts for the book (and tea!) lovers in your life – and they run a ‘book club’ subscription box which looks awesome (I haven’t been sponsored by them, or given anything for free – I just think their products are great =)) 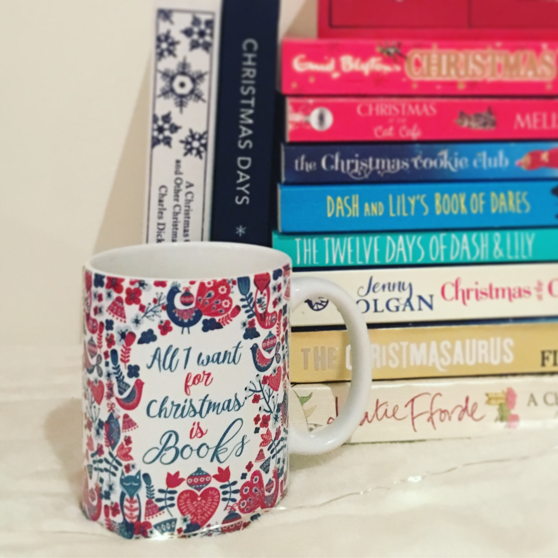 Of course, being the mug addict that I am, I have a bunch of Christmassy mugs to sip my festive tea from, and my favourite this year are my bookish ones – the “Eat, Read and be Merry” one in the photo at the top and “All I want for Christmas is Books (both from Society6, from Evie Seo and Paper Fury’s  stores, respectively). I also have a super cute Christmas Pudding one I bought at the supermarket!
I’d love to hear if you have a favourite festive tea – or suggestions for something nice and spicy for the rest of the year – please let me know in the comments!
Xo Bron