Flora Phillips has an excuse for every disaster in her life; she was abandoned as a new-born on a doorstep on Christmas Eve 1984. Her philosophy is simple: if your mother doesn’t want you – who will?

Now a thirty-year-old, without a boyfriend, a career or home she figures she might as well tackle the biggest question of them all – who is she? So, whilst everyone else enjoys their Christmas Eve traditions, Flora escapes the masses and drives to the village of Pooley to seek a specific doorstep. Her doorstep.

But in Pooley she finds more than her life story. She finds friends, laughter, and perhaps even a love to last a lifetime. Because once you know where you come from, its so much easier to know where you’re going. 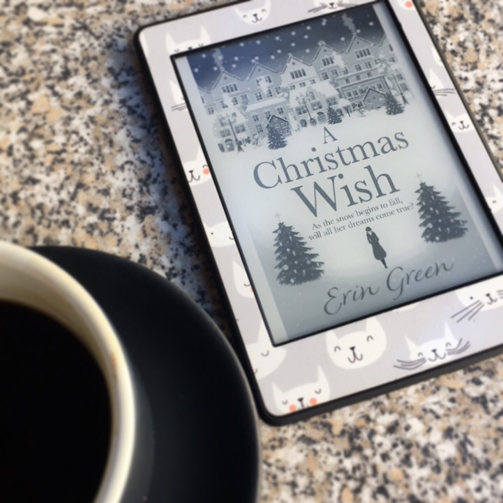 I was expecting a Christmassy romance from this one, but it was really more like a mystery/thriller, but where the who dunnit is about abandoning a baby, not a murder (so maybe a bit less thrilling?). We get a range of different perspectives from people living in the town, including some ‘anonymous’ chapters from a character who perhaps knows more than they are letting on. I actually really enjoyed the way this built the story.
Although this one has Christmas in the title I was really more Christmas adjacent than truly Christmassy – the story starts on Christmas eve but the time of year isn’t really super important to the plot.
There were loads of great characters, and we get to know quite a few of them pretty well thanks to the alternating perspective. While some bits felt a bit slow, and maybe there was some behaviour that felt a bit weird, I enjoyed this and was definitely interested in getting to the bottom of the mystery.
I gave this 3 stars
Xo Bron

A Christmas Wish is out now. I received review an e-book copy through NetGalley in exchange for an honest review, but only chose to read it because it sounded like a book I would enjoy (life’s too short to read books we don’t think we’ll enjoy). All opinions on my blog are my own, and I wouldn’t tell you it a book was good if I didn’t really think so. =)