We all know I love a good cover, and alongside that I’m a big fan of a pun in a title and a cat on the cover, so it’s kind of surprising that I don’t read more cosy mysteries! This week, though, I do have two cosy Christmassy mysteries to share with you! Both of these I requested review copies of based solely on the titles and covers =) 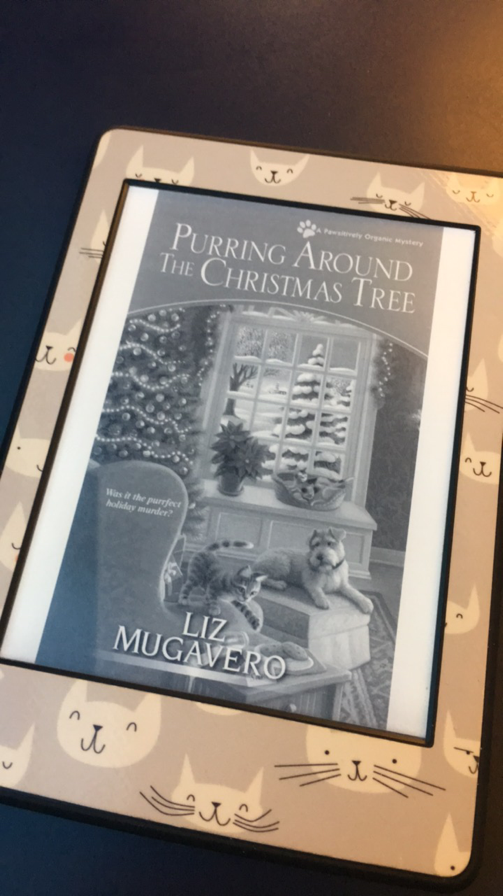 In the New England town of Frog’s Ledge, the Holiday Light Festival is a Christmas tradition. Killing Santa is not. To bring joy back to the season, organic pet patisserie owner Kristan “Stan” Connor will have to find another Santa before it’s too late . . .
I know it is not unusual for cosy mysteries to be part of a bigger series, but often you can pick up a book in the middle of the series and not lose too much from not having read the previous ones. I didn’t find that to be the case here. There were so many great quirky characters, but I just found myself a bit overwhelmed not only by the number of character I kept being introduced to, but the amount of the back story of each that was explained (I presume from previous books) but not really relevant to this particular story – it felt a bit like being dropped into Stars Hollow with the Gilmore Girls and introduced to everyone in town at once. That said, the story was enjoyable, and I did like the characters, but would recommend starting this series from book one rather than picking this up first (it’s book 6 in the series).
Twelve Slays of Christmas :: Jacqueline Frost 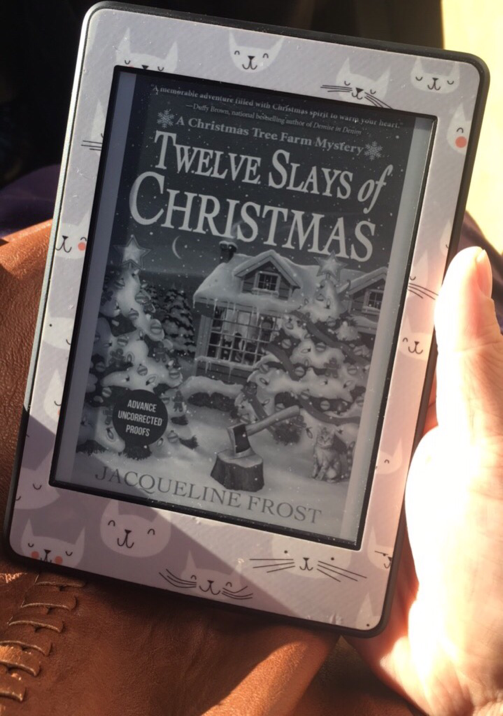 When Holly White’s fiance cancels their Christmas Eve wedding with less than two weeks to go, Holly heads home with a broken heart. Lucky for her, home in historic Mistletoe, Maine is magical during Christmastime–exactly what the doctor prescribed. Except her plan to drown her troubles in peppermints and snickerdoodles is upended when local grouch and president of the Mistletoe Historical Society Margaret Fenwick is bludgeoned and left in the sleigh display at Reindeer Games, Holly’s family tree farm.
When the murder weapon is revealed as one of the wooden stakes used to identify trees on the farm, Sheriff Evan Grey turns to Holly’s father, Bud, and the Reindeer Games staff. And it doesn’t help that Bud and the reindeer keeper were each seen arguing with Margaret just before her death. But Holly knows her father, and is determined to exonerate him.The jingle bells are ringing, the clock is ticking, and if Holly doesn’t watch out, she’ll end up on Santa’s naughty list.
This was my preferred book of the two cosy Christmassy mysteries I read – possibly in part because it was the first in the series. I enjoyed the writing style (I hardly even noticed the first person narrator, which I tend to not be a fan of) and really felt quite swept up into the story and Mistletoe’s Christmassy charm. If you’re after a festive mystery, I’d definitely recommend checking this one out!
***
Purring Around the Christmas Tree and The Twelve Slays of Christmas are both out now. I received review e-book copies through NetGalley in exchange for honest reviews, but only chose to read them because they sounded like books I would enjoy (life’s too short to read books we don’t think we’ll enjoy). All opinions on my blog are my own, and I wouldn’t tell you it a book was good if I didn’t really think so. =)