Before we kick off the festive reviews, I’ve got two not quite Christmassy books to share. These were both books I received for free through NetGalley for review, and both ones I requested for review because I thought they were Christmas romances. Whilst they didn’t end up being so, they both had some of those same characteristics I love in a festive read – cosy, snowy weather, a female protagonist who is at some kind of crossroads in her life and a sweet romance with an unlikely guy. 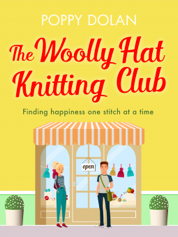 When Dee Blackthorn’s brother, JP, breaks both wrists not only is he in need of a helping hand – or two – but the knitting shop he owns can’t function. Sisterly duties take Dee away from her demanding job and she is unceremoniously fired amidst rumours of inappropriate behaviour. Dee is certain that her hot-shot nemesis, Ben, is behind it all but has no proof.

When Dee bumps into an old friend who is a new mum to a premature baby she convinces JP to enlist his knitting pals to make lots of tiny woolly hats. Then Ben turns up denying involvement in Dee’s sacking and she ropes him into helping the knitting cause.

But before long Dee’s good intentions backfire and she risks losing her friends, her family and Ben, who’s turned out to be not so bad after all…

I love a knitty novel, and this cosy romance was sweet and a lot of fun. The protagonist got on my nerves a bit (first person narrative isn’t my favourite, and there was so much business jargon) but once I settled into the story more it was fine. I thought the characters in this one were really likeable, and I also enjoyed the level of knitty detail in there. 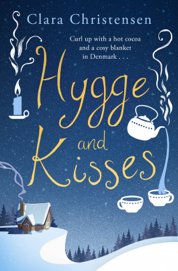 Bo, 26, has always been careful, cautious. However, she’s just been made redundant and her life plan is beginning to unravel. Before she starts immediately applying for other jobs in a panic, her friend Kirsten persuades her to take a holiday, to visit Kirsten’s mother’s house in Aslbrog, North Jutland, a part of Denmark Bo is ashamed to admit she has never heard of.

There was no way I was going to be able to resist the opportunity to read this one! It’s a hygge novel! And set in Denmark! And look at that cover! I loved the Danish aspects (natch) of the story – it really did feel so hyggelig!

Again, I had a bit of trouble at times with the protagonist – because I’m not comfortable being inside the head of someone who is so negative about themselves, and let’s others treat them as appallingly, as Bo does. As her story unfolded, however, I found myself liking her more and more.

This had a great ‘coming of age’ feel to it, and I would definitely pick up a sequel if it was a series.

The Woolly Hat Knitting Club and Hygge and Kisses are both out now. I received review copies in exchange for honest reviews, but only chose to read them because they sounded like books I would enjoy (life’s too short to read books we don’t think we’ll enjoy). All opinions on my blog are my own, and I wouldn’t tell you it a book was good if I didn’t really think so. =)