I think I’ve written before about how I’ve read a few WW2 books this year, after reading one for the Read Harder Challenge. I was intrigued to see a bit of information about how this historical fiction novel came about – it was inspired by a true story after the author found letters etc belonging to her German grandmother. I loved this one, and here are a few of my thoughts on it… 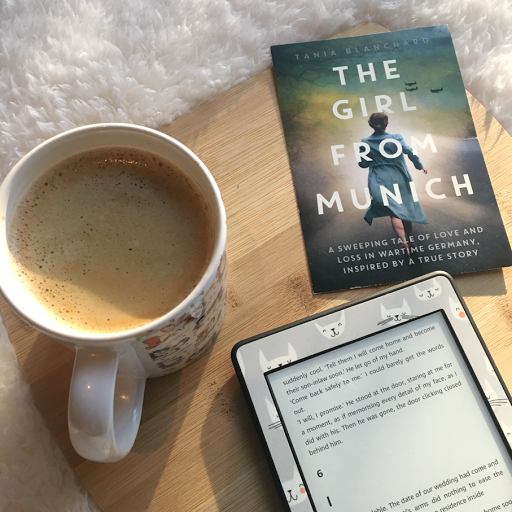 – Despite the subject matter, I felt kind of a sense of peace reading this – it felt a bit removed from the action, as if the story is being told by the protagonist reminiscing many years after it all happened rather than being in the thick of it.

– After reading a few WW2 books already this year it was interesting to get a story from another perspective – this time a young woman who believed 100% in supporting the war effort and who had really no idea what was actually going on. It was interesting to read about what it was like (I have no idea how accurate it is) after the war.

– It was completely heartbreaking to see the characters go through all of the trials of war and occupation and rations and losing friends and family, and trials/detention after the war, and malnutrition and illness and EVERYTHING and then to have to leave the country they loved enough to go to war for.

– I have read that the author is working on a sequel, set in 1950’s Australia, which  I’m super excited about. The writing felt thoughtful and sympathetic, and I’m looking forward to experiencing the post-war immigrant experience through her grandmother’s eyes.

The Girl from Munich by Tania Blanchard is out now from Simon and Schuster. I received an e-book copy in exchange for an honest review, but only chose to read it because it sounded like something I would enjoy (life’s too short to read books we don’t think we’ll enjoy). All opinions on my blog are my own, and I wouldn’t tell you it was good if I didn’t really think so. =)