It’s 1928 in Melbourne and Phryne is asked to investigate the puzzling death of a famous author and illustrator of fairy stories. To do so, Phryne takes a job within the women’s magazine that employed the victim and finds herself enmeshed in her colleagues’ deceptions.
But while Phryne is learning the ins and outs of magazine publishing first hand, her personal life is thrown into chaos. Impatient for her lover Lin Chung’s imminent return from a silk-buying expedition to China, she instead receives an unusual summons from Lin Chung’s family, followed by a series of mysterious assaults and warnings. 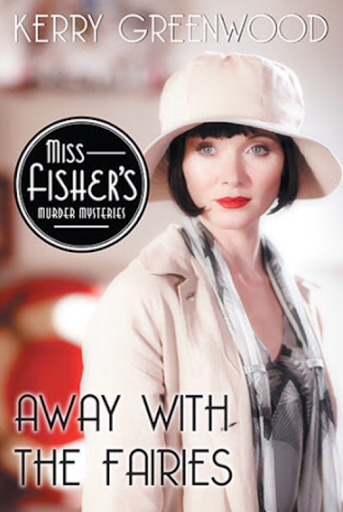 
So, let’s talk Phryne in general. One of the things I love about this series is the way it gives us some insight into the struggle for women being expected to return to the ‘ordinary’ (ie the home) after the war, when many of them had been doing extraordinary things while the men were away. I felt like we got a really god look at that in this books, and I particularly liked the bits about Phryne’s women’s club, and the fact that they were trying to protect the stories of women, which they knew would otherwise be lost to men’s version of history.

If you’re a Phryne fan and haven’t read this one yet, get on it. If you haven’t read Phryne before, this is as good a place to start as any! (Well, kind of – the stories build on each other a little bit in the background, in terms of who are Phryne’s friends and colleagues, how they met etc, but not is a way that means you truly have to read them in order).


I gave this one three stars.

Away With the Fairies (Phryne Fisher #11) by Kerry Greenwood is out now from Poisoned Pen.

I received an e-book copy in exchange for an honest review, but only chose to read it because it sounded like something I would enjoy (life’s too short to read books we don’t think we’ll enjoy). All opinions on my blog are my own, and I wouldn’t tell you it was good if I didn’t really think so. =)﻿