I requested a review copy of Reign of Serpents without realising it was the third book in a series (The Blood of Gods and Royals series), and then just couldn’t bring myself to read it without reading the previous books. That felt like kind of a big commitment for a review, so I bought the first book planning to let the publisher know if I wasn’t into the series enough to continue. As it turns out I needn’t have worried – before I even finished the first book (Legacy of Kings) I had bought and downloaded the second one (Empire of Dust), and by the time I was almost finished that one I was wondering how I would survive the wait between Reign of Serpents and the final book in the series, which will come out next year. 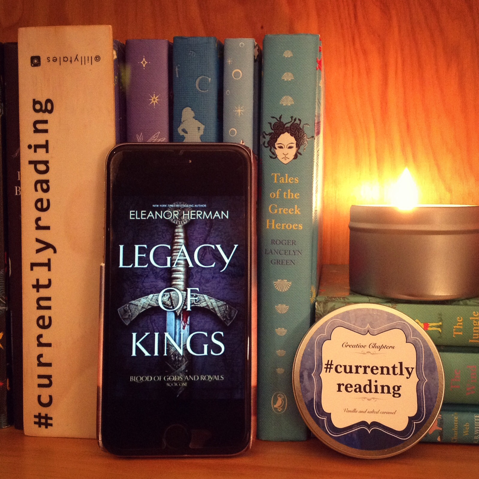 In case it isn’t obvious, I was completely blown away by this series, and can not believe that it hasn’t had more buzz!

Rather than specifically reviewing Reign of Serpents I thought I’d tell you a bit about the series in general, and what I loved about it (since it’s tricky to review a single book that comes midway through a series!). I should note, there are also two novellas which I haven’t read yet (but am looking forward to!) 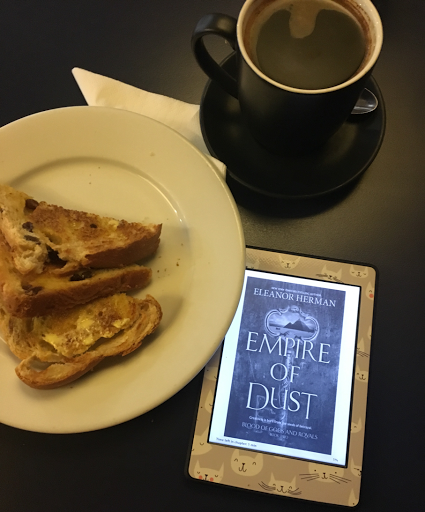 The series is historical fiction fantasy, set in the time of a teenaged Alexander the Great, and centres largely around his story, but with a helping of magic and myth added in. The books have a similar feeling to Game of Thrones, but with the violence, sex, and swearing pulled right back to fit comfortably into the YA genre. The story feels epic, and we pick up and put together the plot from bits and pieces told to us by a range of characters through POV that changes with the chapters.

So, what were some of my favourite things about these books? 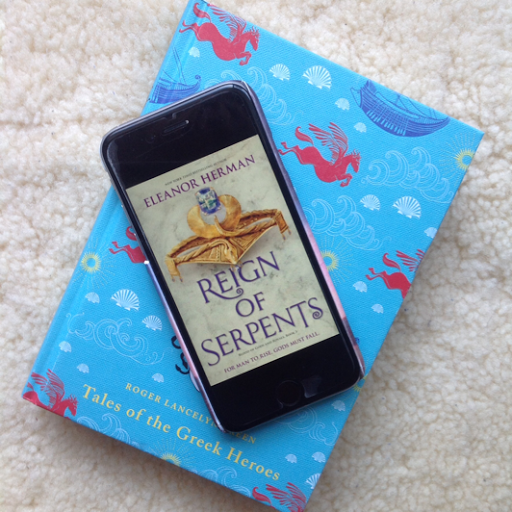 It is probably no surprise that I am currently recommending this series to EVERYONE, and I expect  will continue to do so for some time. I rated the first book 4/5 stars, and the other two 5/5 stars please go and read them now!

Reign of Serpents by Eleanor Herman is out now from Harlequin Books. I received an e-book copy in exchange for an honest review, but only chose to read it because it sounded like something I would enjoy (life’s too short to read books we don’t think we’ll enjoy). I purchased my own copies of Legacy of Kings and Empire of Dust. All opinions on my blog are my own, and I wouldn’t tell you it was good if I didn’t really think so. =)