I am such a sucker for a sweet cover – and When It’s Real got my attention right away! 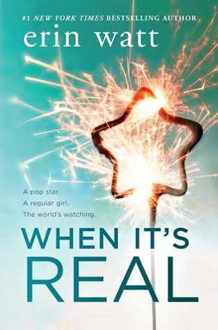 Meet Oakley Ford — teen celebrity, renowned pop star, child of famous movie stars, hottie with millions of fangirls… and restless troublemaker. On the surface he has it all, but with his home life disintegrating, his music well suddenly running dry, and the tabloids having a field day over his outrageous exploits, Oakley’s team decides it’s time for an intervention. The result: an image overhaul, complete with a fake girlfriend meant to show the world he’s settled down.
Enter seventeen-year-old Vaughn Bennett — devoted sister, part-time waitress, the definition of “normal.” Under ordinary circumstances she’d never have taken this gig, but with her family strapped for cash, she doesn’t have much of a choice. And for the money Oakley’s team is paying her, she figures she can put up with outlandish Hollywood parties and a team of publicists watching her every move. So what if she thinks Oakley’s a shallow, self-centred jerk? It’s not like they’re going to fall for each other in real life…right?

I enjoyed this more than I expected! It is a pretty typical romance-y kind of plot – boy and girl meet, can’t stand each other but are forced to spend time together, fall for each other. The story is told in alternating POV between the two main characters,  which I am quite into at the moment – I love how you get to see what’s going on in the minds of both characters, and I thought it was used really well here to show how misunderstandings arise from two characters reading completely different (but neither one unreasonable) things into the same situation. Also, each chapter starts with tweet either by, to, or about our protagonists, which I thought added a bit of fun, and also gave the sense of the story playing out in the public eye. 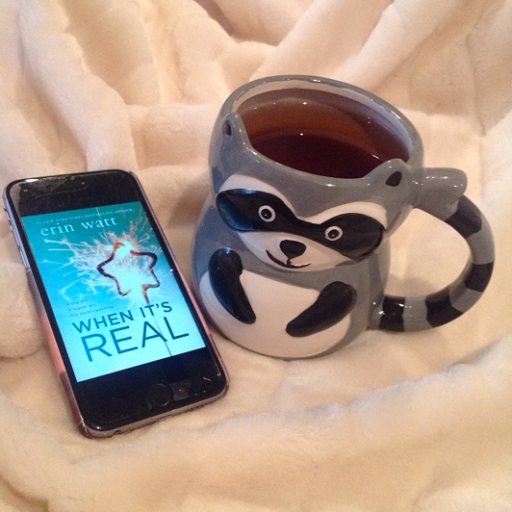 There were lots of sweet bits, and a few parts where I just wanted to shake one or other of the character! Although the they are teens (17 and 19 yrs old, I think) this probably sits on the adult side of young adult (maybe more new adult?), Since there’s quite a bit of f-word swearing and a few sexy times.

This would be a fantastic holiday/beach read, and I gave it 3.5 stars (sweet but hot enough to melt your ice cream!)

When It’s Real by Erin Watt is out now from Harlequin Books. I received an e-book copy in exchange for an honest review, but only chose to read it because it sounded like something I would enjoy (life’s too short to read books we don’t think we’ll enjoy). All opinions on my blog are my own, and I wouldn’t tell you it was good if I didn’t really think so. =)