Do you ever get nervous about reading a book because there’s so much hype and you’re worried that there is no way it can be as good as everyone is saying? This was me with When Dimple met Rishi. There has been SO MUCH HYPE about this book. But, you know what? It was AT LEAST as good as everyone said (yes, maybe I thought it was even better!) 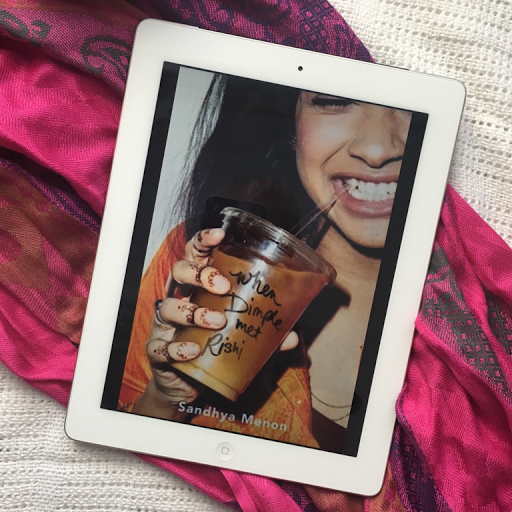 WHEN DIMPLE MET RISHI is a frothy, funny contemporary romance set at a coding convention in San Francisco over one exciting summer. Told from the dual perspectives of two Indian American protagonists, Dimple is fighting her family traditions while Rishi couldn’t be happier to follow in the footsteps of his parents.
Could sparks fly between this odd couple, or is this matchmaking attempt doomed to fail?
I don’t even know what to say, since everyone has probably said all the good things already!
One of the reasons I picked this up (besides the cover, I mean!) was that I love reading about lives and experiences that are different to mine – Dimple and Rishi are both young Indian Americans and have grown up with their Indian heritage playing a big role in their lives. What is fantastic about this book is that we don’t just get one view of what that’s like, in fact we don’t even just see what Dimple and Rishi’s experiences have been, but we also get some insight into Ashish and Hari and even Seemi’s lives as young Indian-Americans and THEY ARE ALL SO DIFFERENT (I know, that sounds like a completely crazy thing to say, but sooooo often where there are POC or culturally diverse – for lack of better words – characters in a book their experiences seem to be just one big stereotype. So this was super refreshing and interesting and felt REAL).
For anyone doing the Book Riot Read Harder Challenge  this would be perfect for task “Read a book wherein all point-of-view characters are people of color” (which I’m ticking it off against) but also “Read a debut novel” and I think it might even count for “Read a book in which a character of color goes on a spiritual journey”.
As far as read-alikes, I have to confess to not reading a whole lot of contemporary YA, but I’m pretty sure that readers of Rainbow Rowell will love this – the book I can think of that felt the most similar for me is Kindred Spirits.
In any case, this book is completely adorable and reading it just made me feel good – it actually felt like watching a favourite rom-com movie. There were bits that made me laugh, and some where I cried. So good.
All the feels and 4.5/5 stars (just read it now, ok?)
When Dimple met Rishi by Sandhya Menon is out now from Hachette  I received an e-book copy in exchange for an honest review, but only chose to read it because it sounded like something I would enjoy (life’s too short to read books we don’t think we’ll enjoy). All opinions on my blog are my own, and I wouldn’t tell you it was good if I didn’t really think so. =)