We have a fantastic local comic book store which we visit pretty much every Saturday morning (Sam has a standing weekly order with them).  It’s always a fun part of the weekend – while Sam checks out the new releases Amelia and I have a browse around and she points out characters she knows on the comics and merch, and has a chat with the guys who work there (who have know her since she was about 18 months old and Sam used to go in with her on his chest in the baby carrier on his days off work). The first Saturday of May is extra exciting, since it’s Free Comic Book Day! 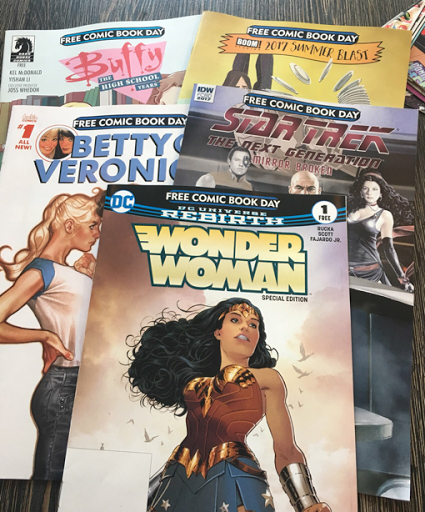 Free Comic Book Day is an annual, international event where some of the major comic publishers put out special comics which you can pick up for free at your local comic store (you can see some of the titles we picked up in the photo above). As well as the free comics stores might celebrate with fun stuff like appearances from superheroes (A was totally starstuck when she met the Flash last year!), facepainting, and inviting customers to dress up for prizes.
In honour of Free Comic Book Day, here are a couple of comics/graphic novels I’ve either read and loved or am looking forward to reading soon: 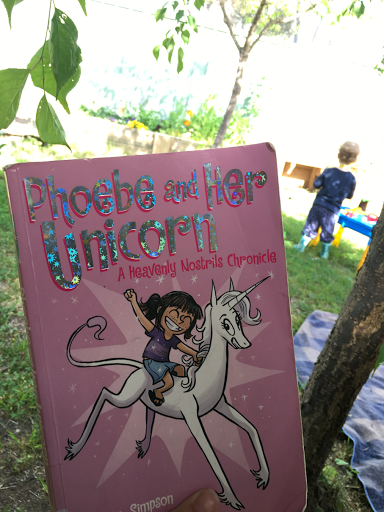 Phoebe and Her Unicorn – I have read a couple of books in this series and I just adore them. They are cute and smart and funny, with a similar kind of vibe to Calvin and Hobbes. 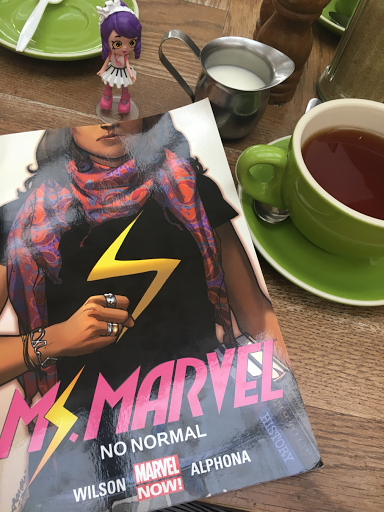 Ms. Marvel – this one is just awesome. Kamala Kahn is not your average superhero – I love that she’s awkward and a bit weird, and Muslim and brown!! (yay diversity!) There’s a really great panel in the first one where Kamala realizes that having amazing hair, being able to pull off wearing great boots, and looking good in a leotard (all features of traditional female superheroes) isn’t all it’s cracked up to be and actually maybe being herself is pretty ok after all. And I kinda think there’s something in that for all of us! 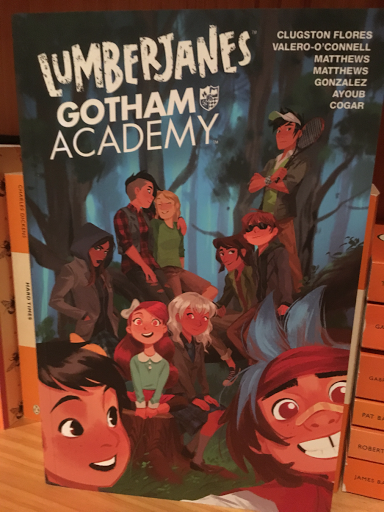 Lumberjanes and Gotham Academy – this one is a kind of a cheat, since in one shot I get two talk about two series I’ve enjoyed and a comic I’m looking forward to! These are both fantastic all ages series, with strong female characters. Lumberjanes is about kids at a summer camp who get caught up investigating all kinds of weird goings on. Gotham Academy has the same weird bits, but set at a boarding school in Gotham (of the Batman universe). Both of these have kind of a Scooby-doo vibe, and some great character depth. This particular trade is a cross-over between the two series and I’m sure it’s going to be really cool. 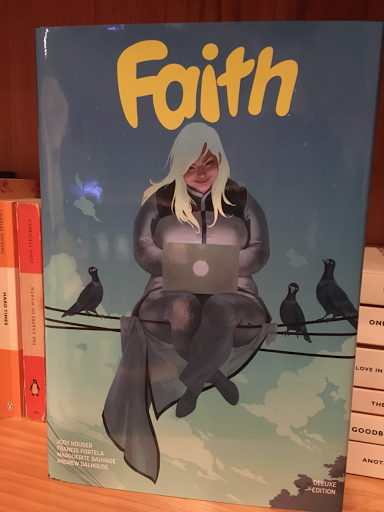 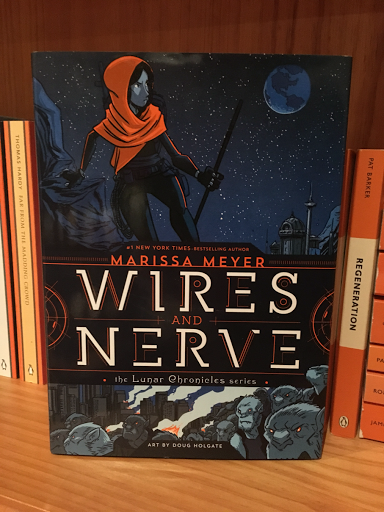 Wires and Nerve – this is a bit different to the other comics in this post, and is something that the wonderful guys at our local comic book shop ordered in especially for me. Wires and Nerve is the latest installment in the Lunar Chronicles series – a series of four novels (plus some novellas and a book of short stories, I think) which are fairytale retellings set in a dystopian future. The books are amazing, but I haven’t read the last novel yet (it is long, and I want to reread the earlier books first). This book is fantastic – the artwork is amazing, and it is beautifully put together.
Those are just a few of the comics/graphic novels I’ve been excited about over the past few months (there is another one I want to share here – March  a non-fiction series about the US Civil Rights Movement in 1960s – but it made such an impression on me that I want to give it a post if its own) – I hope it has inspired you to check out your local comic book store!
Bron x